So you may have heard that Ringling Bros. and Barnum & Bailey® Circus has retired its elephants and without them, the show will not go on. Apparently, they were a favorite attraction–a linchpin guaranteeing ticket sales to offset rising operating costs.

So that leaves us with only one greatest show–our 24/7 media, with the political arena as its economic linchpin. And you thought the clowns were scary.

Try this on for scary:

Bread and Circuses is “a phrase used by a Roman writer to deplore the declining heroism of Romans after the Roman Republic ceased to exist and the Roman Empire began: ‘Two things only the people anxiously desire — bread and circuses.’ The government kept the Roman populace happy by distributing free food and staging huge spectacles.”

No surprise we refer to our 24/7 news coverage as the Media Circus then. Turn on the television at any given time, and someone is at a news desk is fomenting divisiveness, which is a pleasant way of saying, stirring the shit pot.

But this is neither a political post nor a critique of the media. Instead, I just want to know what the hell happened to decency and civility?

Last I checked, we call ourselves the United States of America.  United–as in we have some things in common besides continental geography. Here’s a quick list of some commonalities:

In which case, here’s a quick and dirty list of possible commonalities. Check and/or modify all that apply to your own special specialness:

We use the summer holidays as an excuse to gorge and guzzle. When amply lubricated, we shout over others who disagree with us, then call it a night after someone experiences bodily injury from fireworks–actual or metaphorical. Extra points when the cops, fire department or EMT’s are dispatched to the location. 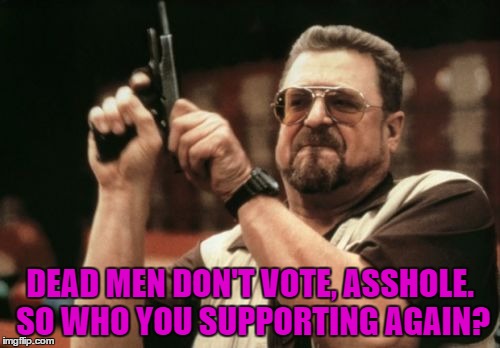 Extra points for bombarding others with political emails that they in no way requested.

Also, if someone has the wrong bumper sticker on their car, we give them a special salute when passing.

We enjoy certain inalienable rights as Americans. The Bill of Rights (the first ten amendments of the U.S. Constitution) guarantee these to us. But our founding fathers didn’t have Facebook. They didn’t have MSNBC. Or Twitter. Or Fox News. There was no email. No 24/7 media. No cell phones thwarting face-to-face interaction with others.

Hell, fast-forward from powdered wigs and muskets to the country’s bicentennial in 1976–we had three TV channels, and when they went off the air after midnight, they closed out the broadcasting day with our national anthem, The Star Spangled Banner.

Case in point: I saw a piece this past week from the Daily Beast (out of the U.K.) in which the writer berated American Taylor Swift for being too neutral (the writer’s word was spineless) with regard to the inauguration and the Women’s March on the following day.**

Too neutral? She’s not running a damn campaign. What happened to Ms. Swift’s right to be a private citizen?

I didn’t realize that being a singer, or an actor, or a musician, or any kind of celebrity required one to preach one’s politics and, in essence, tell half of your potential fans to go shit in their collective hats–whether they are of the ubiquitous pussy-variety recently spotted in D.C. or something a tad more demure.

Or has our culture of posting everything from our daily bowel movements to our child’s report card created a culture of over-sharing and, in effect, subversive bullying?

Or maybe–just maybe, Those who do not learn from history are doomed to repeat it. When in Rome…

The other night, my hippie son John, age 25, listened to me lament the meanspiritedness of late on social media and among people who call each other friends and neighbors–to say nothing of the constant barrage of negativity via the media.

He reminded me of a little bit of (condensed) history.

Not a good prognosis for anyone trying to spread peace, love and understanding, eh? But a person can hope for a better future.

After an extremely contentious election year, can we just take a step back and breathe? Maybe smile at a stranger? Have some faith that things will either get better, or this too shall pass and life will go on since the pendulum always swings both ways. Moreover…

My bad. He was assassinated.

So let there be bread and circuses. And when the last of the old pachyderms exit stage left and the economic linchpin follows, the tent will fold in upon itself, snaring us all in its ropes and tarpaulin and mythology.

From the Heart on My Sleeve to Yours–God Bless America,

*all references to elephants (in text or photo) are to the actual mammal, not the political symbol.

One thought on “More than Bread and Circuses”